Visit us this weekend at our favorite markets. Get the location details. Dismiss 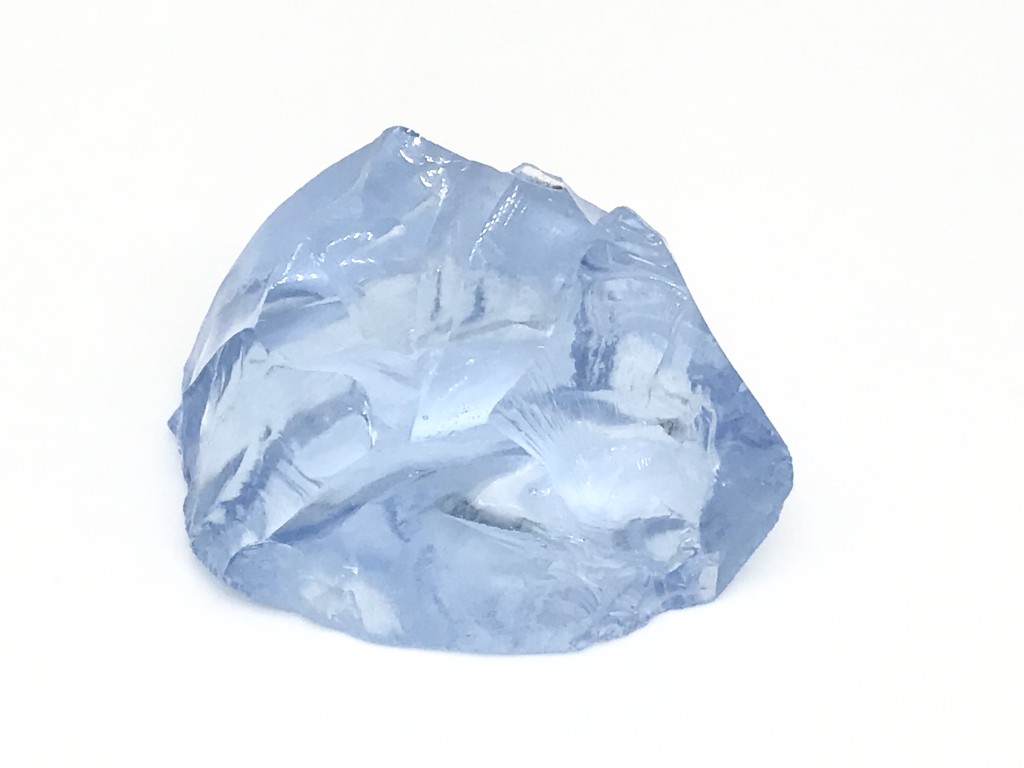 I had the privilege of introducing a customer to her first Andara crystal. She was so moved by the experience, she wrote a blog article about it.  (There is even a sweet bit in it about how her young son reacted to the Andara as well.) Here is what she had to say…

I’ve heard a lot of differing opinions about Andara glass crystals.  So when I heard Anais from Shiny Happy Spirit House was going on another vibe-driven road trip, this time time to pick up Andaras, I knew it was finally my chance to see, or rather feel, for myself.

In the days leading up to the Palomar Gem & Mineral Annual Show, Anais said she’d bring a few to the show to let me experience them, but only a couple.  My interested was peaked, now that they’d be in my hands soon, I wanted to learn more. And yet, not too much either. I wanted to skip all the back and forth controversy and have a pure, unbiased experience.  Anais asked what color I was interested in and I really had no idea, just whatever she felt called to bring.  Then I started thinking.  My most recent large addition to my collection, a three-pointed golden healer cluster (who makes her opinion known), was calling out for a turquoise friend.  I’d tried to find a turquoise pebble on Etsy with no luck.  So I think maybe she wanted a turquoise-hued andara!  And I’m in to purple now, and always yellow or green or smoky. So, basically everything!  As I texted with Anais, I got more curious at the names she was using to define the colors, so I found a listing of colors and properties.

And I fell in love with photos of Celestial Heart, Inanna’s Wisdom, Aqua Serenity, Lemurian Sunrise, Ascendant Lilac, Lemurian Etherium Gold, Lemurian Amber, Earth Shaman.  It works like that for me sometimes. I, of course, prefer to have the crystals in my hand, but I can also get a “hit” from a photo. (This is definitely a helpful skill when buy online.) I shared the names of the anadaras that spoke to me through the pictures with Anais and she said she’d just bring 3-4 to the show and then have a private appointment to show me more.

The night before the show, I couldn’t sleep.  I was exhausted and yet I felt so excited I was vibrating.  It felt as if my cells were humming, like they knew the next day was going to be impactful. Really impactful.

It was a big shopping day for me, visiting two gem fairs, Palomar Gem & Mineral Annual Show and the San Diego Gem Fair, in one day requiring three hours of driving.  I expected the Palomar event to be quick — a smaller local club.  I thought I’d just go to the Shiny Happy Spirit House booth and then head down to San Diego.  Boy, was I wrong! I spent three and half hours there and found the most spectacular pieces (and some great deals, too).  I found pieces that I have been hunting for for months — like three turquoise pebbles (from the Kingman, Fox and Pilot mines) friends for the three-point golden healer, a gorgeous large opal specimen and a large multi-point self-healed pakimer enhydro! And, of course, an anadara.

Finally I made it to the Shiny Happy Spirit House booth, where Anais invited me into her space for a semi-private viewing (okay, more like a “feeling”) of the andaras.  She started with an item sorta on my list, a grey smoky Shaman.  Wow.  I thought hallelujah quartz where amazing. Really, they were just training wheels for my experience with andaras.  Powerful, yet not overwhelming (similar to Hallelujah Quartz), but each hue has such a different personality and vibe/hum/song.

The smoky Shaman andara, within moments, gave me a buzzing in my head, right behind my eyes.  Not a bad buzzing, just noticeable.  Also I felt my forearms start to hum.

Next came the light blue Lady Nellie.  Anais placed her in my hands, I closed my eyes and tears started welling up. I felt release, like I’d found something I didn’t know I was searching for. Like a big sigh of relief, the joyful release of taking off a mask and finally being free.  I knew within the first second I was going to buy this one.

Then was a brownish golden spotted Earth Shaman. This felt warm, waves of warmth flowing up my arms, like the memory of the heat that created it.  I felt so warm I had to take my jacket off.  It was a very passionate crystal, energetic, fiery, raw, powerful and less gentle about it than the others.

Last came a sweet lavender shard.  It was soothing and opinionated.  It was very quick to tell me that it was meant for someone else.  I told it I understood and asked, politely, if I may experience its healing for a few moments. It agreed.  It felt pleasant and helpful, but not as connected at the cell/soul level like the others.

Now, to clarify, when I say, “it told me”, it is the sense, vibe, vision or thought that pop into my head. When I “talk” back its my thoughts to it.  I don’t know if its really me and the crystal communicating or if its the Holy Spirit (or Universe or God Within or whatever you choose to call it).  All I know is that it works. I hear it, it makes its will know and its of love and light.  When I ignore it, stuff gets complicated — like not getting the diopside when it told me to.

Six hour and another gem show later, I arrived home and shared my new crystals with my son.  He was happy about all the turquoise, but he was very excited when he saw the Lady Nellie andara. “Is this one for me,” he asked hopeful.  I told him its one of my, but he can hold it.  He sat down and I told him to close his eyes and tell me what he feels.

“If feels smooth. And pretty.”

I asked what he felt all over his body and he replied, “Like it wants to be my friend.”

He opened his eyes and gave the andara back to me.  With a smile he said, “Wow! I’ve never felt a crystal in my heart like that before!”

I felt so proud.  Proud of him for being open and sharing his experience — at five and three quarters.  And a bit proud of myself for providing the opportunity for that experience.

Later that night, as I laid on his floor (a standard bedtime routine for us), he was holding Lady Nellie while I wrote.  He asked, hopefully, if he could be at the appointment to see more andaras.  I could feel how much he was connected with these, in a deeper sense than the other crystals he prefers (like anything rainbow – aura quartz, opalized ammonites, rainbow hematite).  After a text or two, Anais confirmed it would be fine. I told him and he grinned so big! Then I got so many more excited questions — “How many more days till Thursday? What color hair does she have? Are there rainbow ones?”

Of course, I shared his responses with Anais who shared that another client had said the same thing about andaras, that they want to be our friends.  She also shared with me how intensely the Lady Nelly wanted to be brought to the show for me — that it lit up, shooting light out, energetically shouting, “Me me me! I’m for Jenn!”

It shows me how connected we all are. Anais going on Spirit led road trips just so crystals — andaras and hallelujah quartz — can find there way to me.  And the crystals connection to us both.  You can’t have experiences like this and not believe in the Oneness of All.  Its so magical and so natural at the same time.  I think that’s why miracles seem like magic yet are also a part of the natural world.

Blog and images shared with permission from JenniferColucci.com. 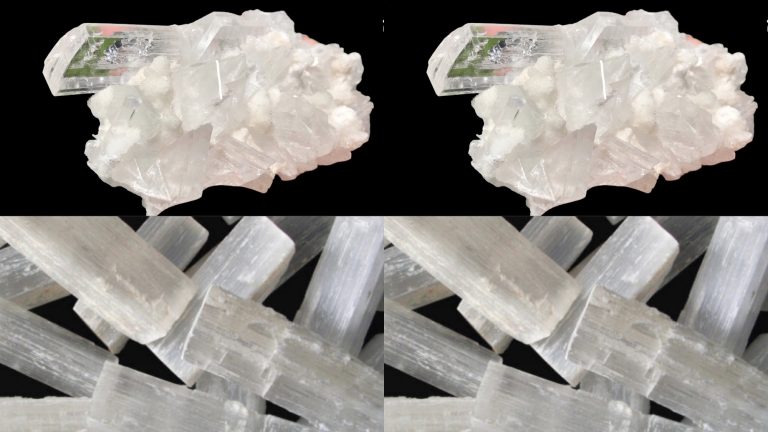 There is a bit of discussion in the scientific and metaphysical realms about what everyone calls selenite. Most of the “selenite” on the open market is actually satin spar from Morocco. It is used widely as a clearing and charging tool. But is it selenite? Selenite and satin spar are both forms of the evaporative… 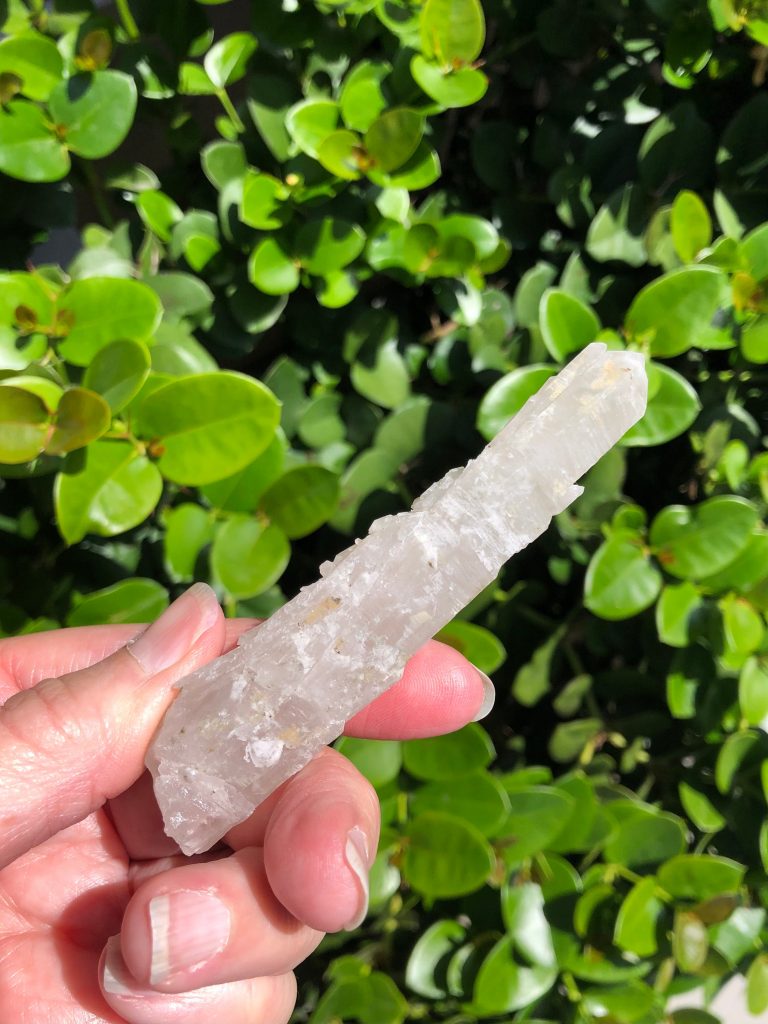 A Quartz Crystal! Quartz is an all purpose healing tool. It helps bring mind, body and spirit into perfect harmony. It’s many uses outnumber other stones. This makes quartz crystals such a beneficial starter stone! When you want to know more about a crystal, you look at the way it was formed. As Quartz forms… 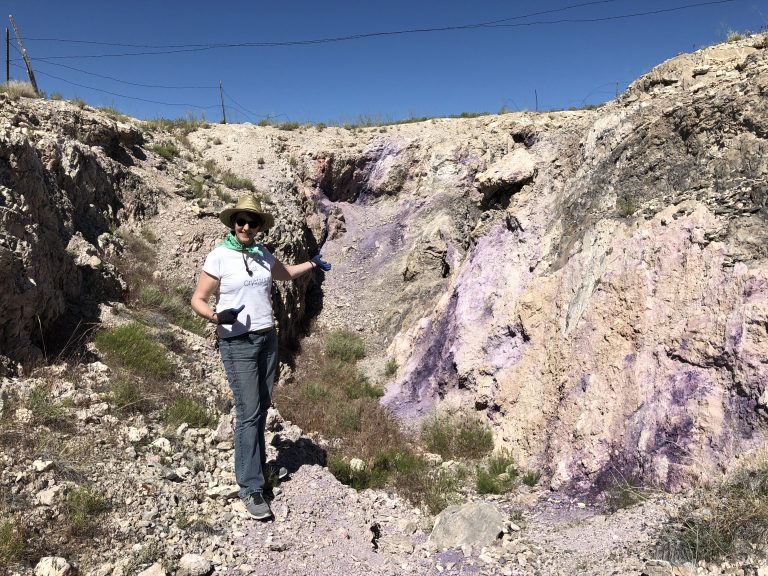 When you shop with a real small business owner you can change everything for them! This season please don’t forget to shop small businesses! Also show them your support with likes/shares and comments. Thank you so much to all of you that have shown so much love and support in what was a challenging year!… 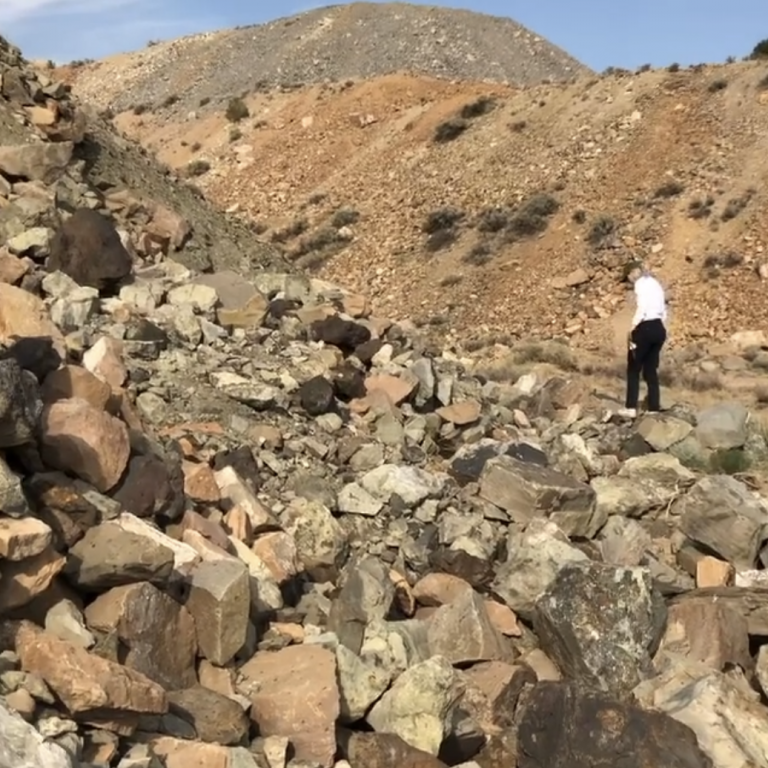 Why is it important to try to source crystals and minerals ethically? Is there a dark side to working with crystals? These may be hard questions to think about but I ask that you please consider the conditions that the miners experience so that you may have inexpensive crystals. The journey to market as well… 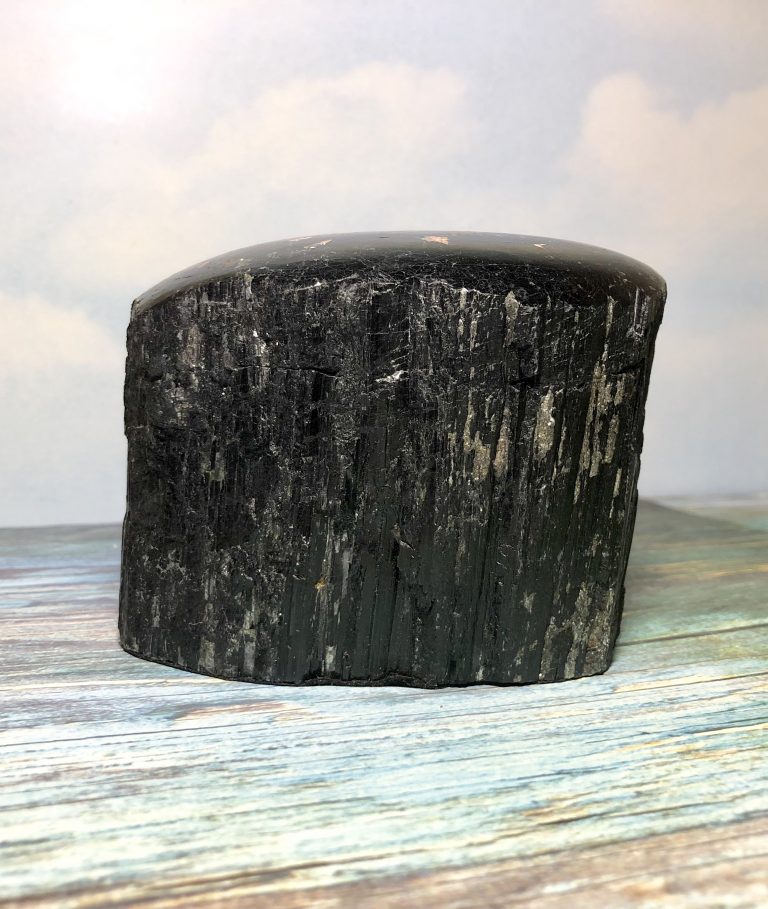 In today’s hectic and uncertain times, crystals and stones can be great allies to help us through life’s changes and stressors. We all could use some peace and tranquility in our lives. What are the best stones and crystals to use for calming? My three favorites are: Black Tourmaline also known as Schorl Black Tourmaline… 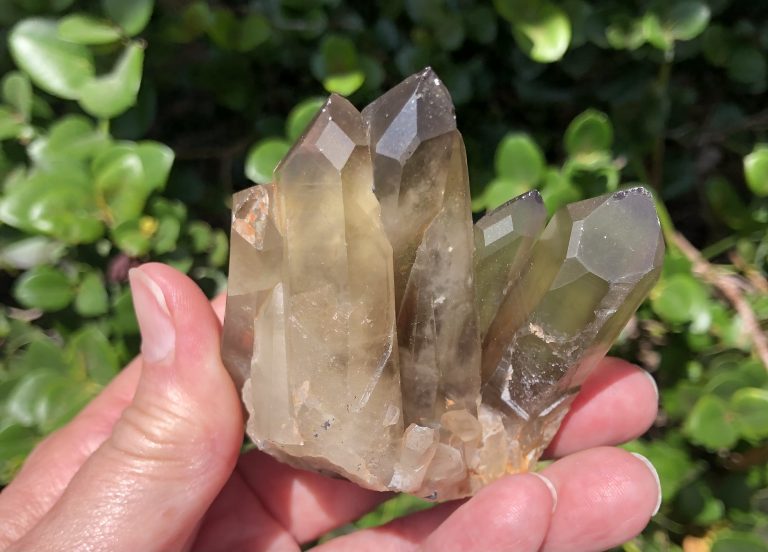 Part 1 Did you ever take a good look at a crystal and notice some unique shapes, patterns, inclusions and textures? The more I study crystals the deeper down the rabbit hole I go! Let’s dive in to a few so you’ll know what those shapes and patterns can mean. The citrine cluster pictured has…